The Black Doll Show at the William Grant Still Arts Center was started in the 1980s by the Friends of William Grant Still Arts Center, with contemporary artist/curator Cecil Fergerson (1931-2013) as its first curator. It was inspired by a doll test conducted by Mamie and Kenneth Clark in the 1940s. The tests concluded that due to social stigmas, many African-American children preferred white dolls over black dolls. This test went on to become evidence in civil rights law suits. The Clarks became expert witnesses in Brown vs. Board of Education, helping to create the landmark decision to desegregate schools. This doll test was conducted again in 2006 by 17 year old filmmaker Kiri Davis, sadly with the same results. The Black Doll Show is an annual winter tradition at WGSAC as positive self image remains just as necessary today for Africans and all people of color within the continent and in diaspora. 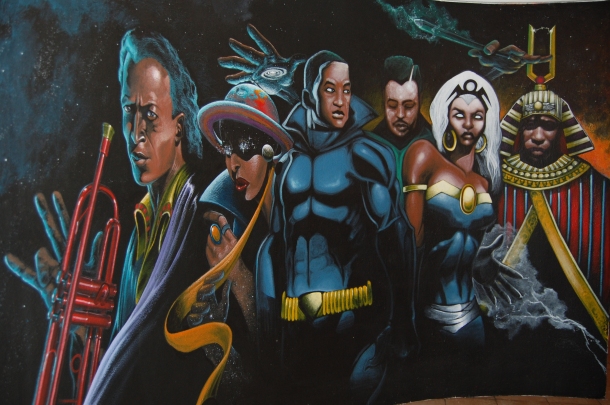 A mural for the 2014 black doll show, A League Supreme: Jazz Superheroes. The exhibition, curated by Keisa Davis, re-imagined West Adams as the fictional land of Wakanda, and re-imagined Black artists and visionaries as superheroes. 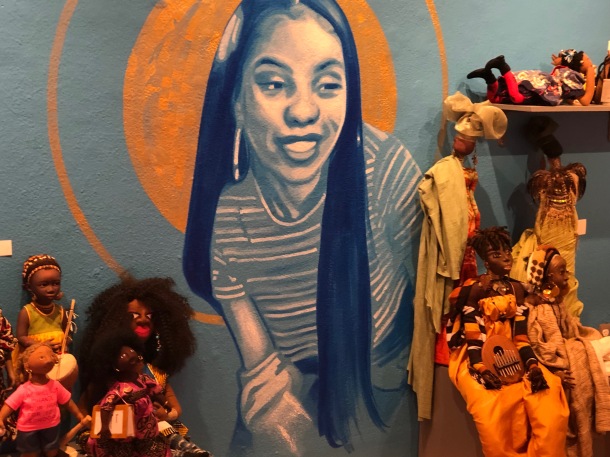 An image from the 38th annual black doll show, Double-Dutch: A Celebration of Black Girlhood (2018). This is a mural of Nia Wilson, who was murdered by a white supremacist earlier in the year. The exhibition sought to highlight and honor black women and girls. 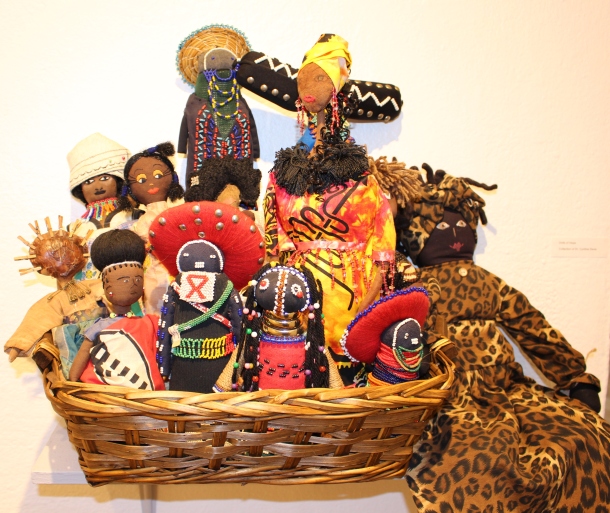 Dolls from the 2015 doll show, Trench Art Retrospective: The War Against HIV/AIDS – Women of the African Diaspora in the Trenches. The exhibition was curated by Dr. Cynthia Davis.

Check out our photos