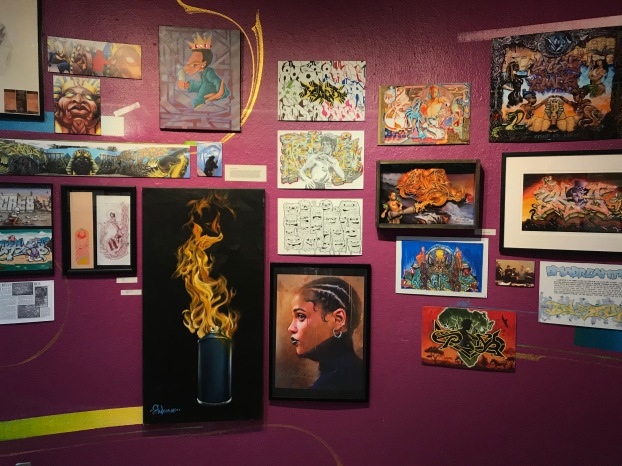 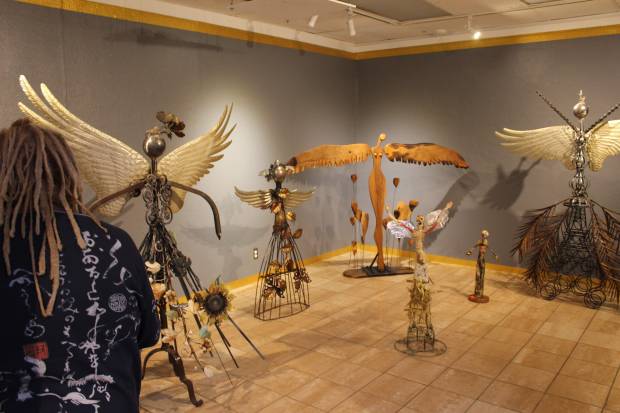 Above; An image from Teresa Tolliver’s solo show Making the Divine from the Disposable. Featured are several of Tolliver’s sculptures, which are constructed using reclaimed and found material. 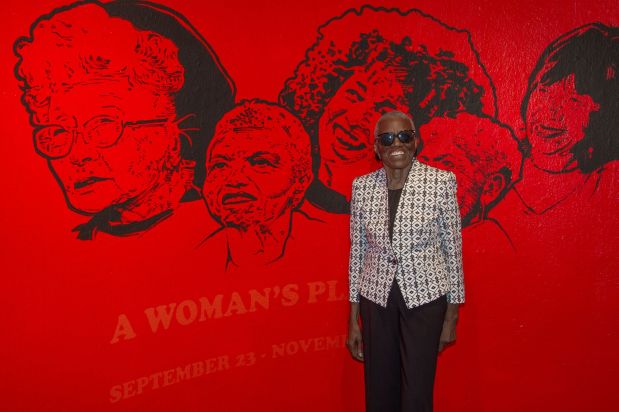 Above; Jewel Thais-Williams stands next to her portrait at the opening of A Woman’s Place, an exhibition honoring the lives and legacies of five radical women of color (from left: Yuri Kochiyama, Jewel Thais-Williams, Angela Davis, Ericka Huggins, and Elizabeth “Betita” Martinez).

Check out our photos